I was laying in bed this morning thinking my post will have gone up at midnight, and also thinking of the stamp I used in my project, realising that I called him a worm, but worms do not have hair and then it dawned on me that it is a caterpillar...lol...so just use your imagination for this one...

Time for a new challenge over at Little Red Wagon and this week Kate is our hostess and her theme says, You spin me around - [ use circles on your creation]..so circles I did..lots of them.. 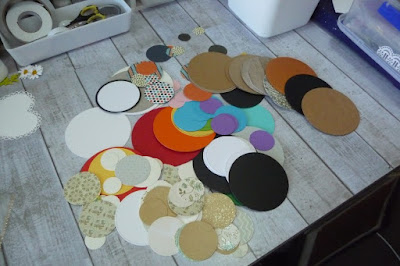 I've kept these die cut circles, ovals and squares in my stash because you never know.. 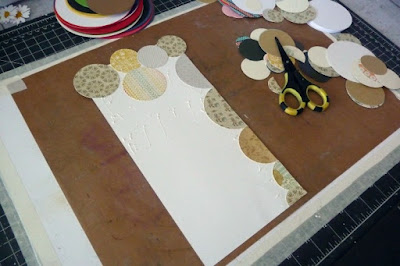 Just started gluing them down, no rhyme or reason, or even an idea at this stage, just gluing circles.. When the panel was all covered... 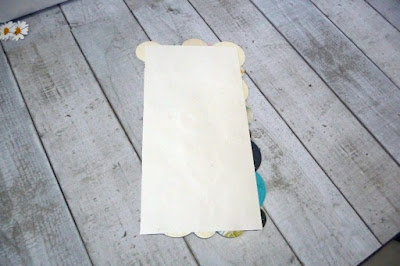 I flipped it over and trimmed up the edges.. 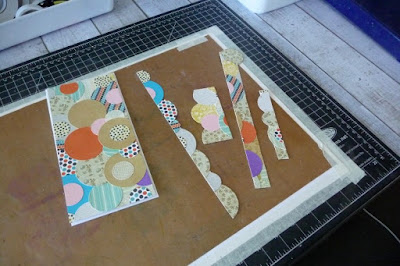 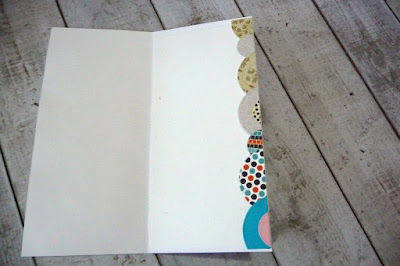 Glue the leftover on the inside.. 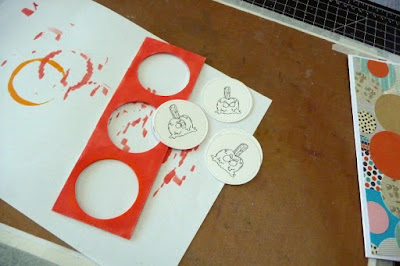 Then found these images which were freebies from Dustin Pike and had to play.. 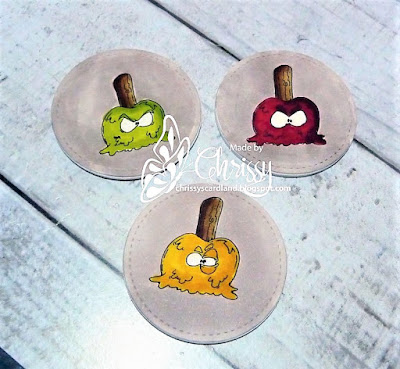 So cut and coloured them up, then remembered this stamp. 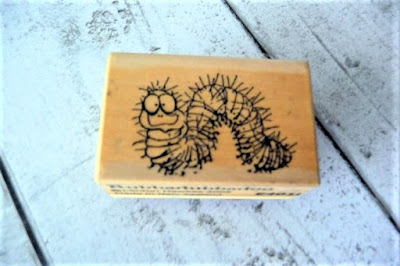 Had him in my stash forever.. 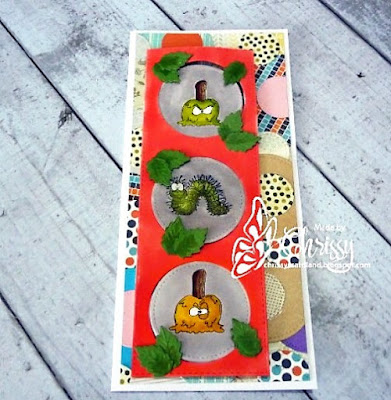 So traded the red apple for my worm.. 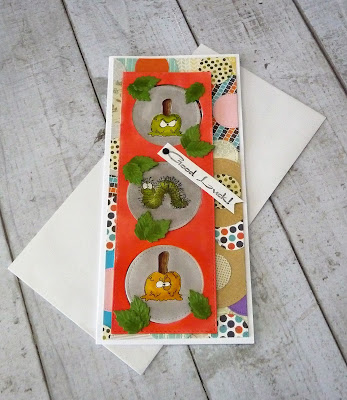 And added a simple good luck tag with a brad by the worm..
Which also reminded me of a poem my older Brother came home from kindy with..
Ooey gooey was a worm
a little worm was he
He climbed onto the railway track
a train he did not see..
OOEY-GOOEY!!
Oh dear, poor little worm...
So come on over and join is with HERE

That's all for today, thank you so much for stopping by..
Luv CHRISSYxx
Posted by Chrissy at 11:59 PM

Poor Ooey Gooey!
Your card is FABULOUS Chrissy, so fun and what an inventive way to use up all those circles!
xx

Fantastic card, love those colours and your paper is awesome....Great project...xx

I don't even know what to say, Chrissy! You are such an artist, this is brilliant and that worm is darling!

Chrissy this is brilliant and such fun, I love the circle theme, I also love the caterpillar not sure I like it that he was squashed by a train, lol, a super make
hugs
lorraine x

Love this reminds me of the hungry Caterpillar book

Very impressive Chrissy and he could be a hairy worm for sure! Lovely card. Love seeing your process on the making of your projects.

Thanks for all your detail Chrissy.
Wasn't sure were these circles where going.
A FABulous card. LOve your 'apples', but, this little worm really cracked me up! Can't stop laughing.. He's a Beaut!!
Chrissyxx

Pretty sure caterpillars like apples too....and would suffer the same fate on a railroad track - lol. Great card, Chrissy!

Fun card, Chrissy but honestly I like the border inside best **lol**. That looks so great with the different sizes and colors.

Where do you get your ideas from Chrissy?? This one is brilliant worm or caterpillar lol. I love your wee poem too!

This is fantastic and just perfect for all your saved circles! What a fun poem too. I've never heard that one before. Worm or caterpillar - it all works wonderfully well! 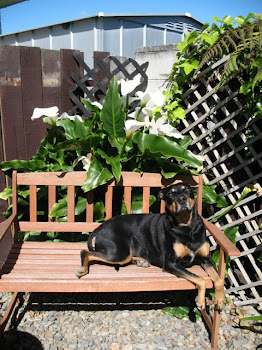